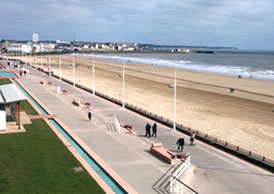 Bridlington has two long sandy beaches. Bridlington South is a safe beach located to the south side of the harbour.

This extensive sandy beach overlooks Bridlington Bay, bordered to the north by the stunning Flamborough headland, while to the south the golden sands extend to Spurn Point at the mouth of the River Humber.

Bridlington North beach which is a sand and shingle beach surrounded by wide promenades backed against the breathtaking Flamborough cliffs. 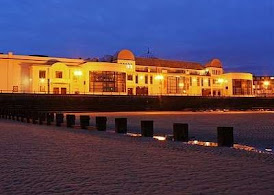 The Spa Bridlington is the East Coast's Premier Venue and has undergone a multi-million pound redevelopment programme. 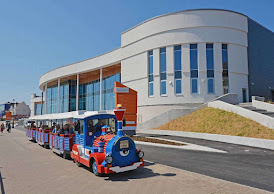 Whether you're looking for a fitness swim or a family day out East Riding Leisure has it all. The pools consist of a 25 meter Main Pool with a six lane swimming pool and a family fun splash zone. The centre has a fully fitted gym, spinning room and a wide range of classes available. A luxurious environment in which to enjoy our jacuzzi and sauna, or try a session in their steam room. 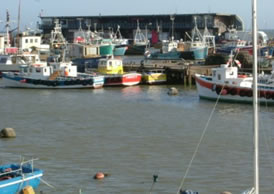 Bridlington Harbour's Fishing boats, sailing boats, speedboats and pleasure cruisers. They've all nosed gently into Bridlington's historic harbour over the years and they still do, making this the colourful centrepiece of the bustling sea front.

There's plenty of fun to be had here too. Set sail on a pirate ship, or fasten your seatbelts for thrilling speedboat rides across Bridlington Bay.

Join one of the North Sea fishing expeditions with the real experts or take a cruise along the spectacular Heritage Coastline. 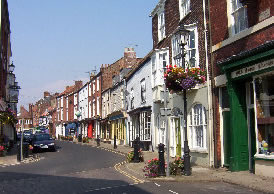 This is Bridlington's Old Town, a real historic gem of a place. Along the pretty 17th century High Street are antique shops, craft shops and charming cafes.

The Priory is almost 1,000 years old and is part of what was once one of the largest and most important monasteries in northern England.

Across the green from the church, the Priory Gatehouse formerly a prison - is now the Bayle Museum with displays of famous people connected with Bridlington. 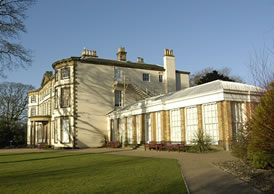 Sewerby Hall is a small stately home, owned by the council and set in delightful gardens. It has a charming little zoo aimed at kids, lots of gardens, Llamas and horses wandering around outside and an adventure playground.

There's also a cricket pitch on the field by the cliffs and it really is a great setting to while away an afternoon watching the cricket and quaffing ale from The Ship.

If you want to drive here there's a car park and it's no more than a few minutes drive from the middle of Bridlington. 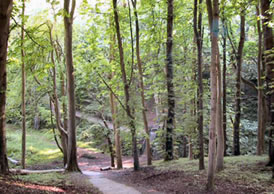 Danes' Dyke consists of prehistoric earthworks, possibly intended as a defence, and woodland that runs 2½ miles across Flamborough Head. Despite its name, Danes' Dyke had nothing to do with the Danes, and was a much earlier site - probably dating back to the Bronze Age.

Indeed the site was excavated by Major-General Augustus Pitt-Rivers in 1879 and Bronze Age arrowheads were found.

Today, the area attracts many resident breeding and wintering birds, and is an excellent site for bird watchers at migration times. 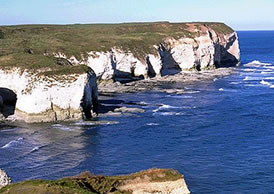 Flamborough Head is a seven mile long promontory on the Yorkshire coast of England, between the Filey and Bridlington bays of the North Sea. It is a chalk headland, and the resistance it offers to coastal erosion may be contrasted with the low coast of Holderness to the south.

There are larger numbers and a wider range of cave habitats at Flamborough than at any other chalk site in Britain, the largest of which are known to extend for more than 50m from their entrance on the coast.
​ 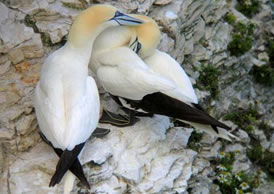 Bempton Cliffs is the best place in England to see seabirds. More than 200,000 birds nest on the cliffs, including gannets, puffins, guillemots, razorbills and kittiwakes. Five safe viewing areas are situated along 3 miles of chalk cliffs - many just two minutes walk from the visitor centre and car park.

There is wheelchair access to the nature reserve and a picnic area in the car park.

A great day out for families! 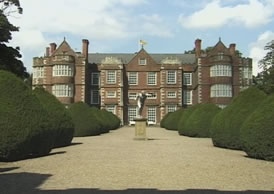 Five miles outside Bridlington lies Burton Agnes Hall, a beautiful Elizabethan house which is famous for its 17th century carvings and the fine collection of modern paintings, bronzes, furniture and porcelain bought by the previous owner, Sir Marcus Wickham-Boynton, who died in 1989.

The house now has charitable status and is in the hands of the trustees, but the Cunliffe-Listers oversee the day-to-day running of their inheritance. But it's thanks to the late Marcus Wickham-Boynton that Burton Agnes Hall has maintained such an air of grace and dignity when others have struggled to cope. 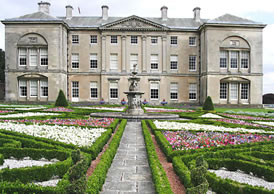 Sledmere House
​Sledmere House is the home of Sir Tatton Sykes, 8th Baronet. There has been a Manor House at Sledmere since medieval times.

The present house was begun in 1751 by Richard Sykes and extended in the 1790's by Sir Christopher Sykes 2nd Baronet.

Visitors are welcome to share the peace and quiet of the parkland and woodland walks, to wander through the Rose and Parterre and enjoy the views of the beautiful chapel which is housed in the grounds.
grounds.


The options are endless but here are a few suggestions for places within about an hours drive from us.

York: Historic walled city situated on the River Ouse with York Minster, the largest gothic cathedral in Northern Europe and The Shambles (Europe's most visited street).